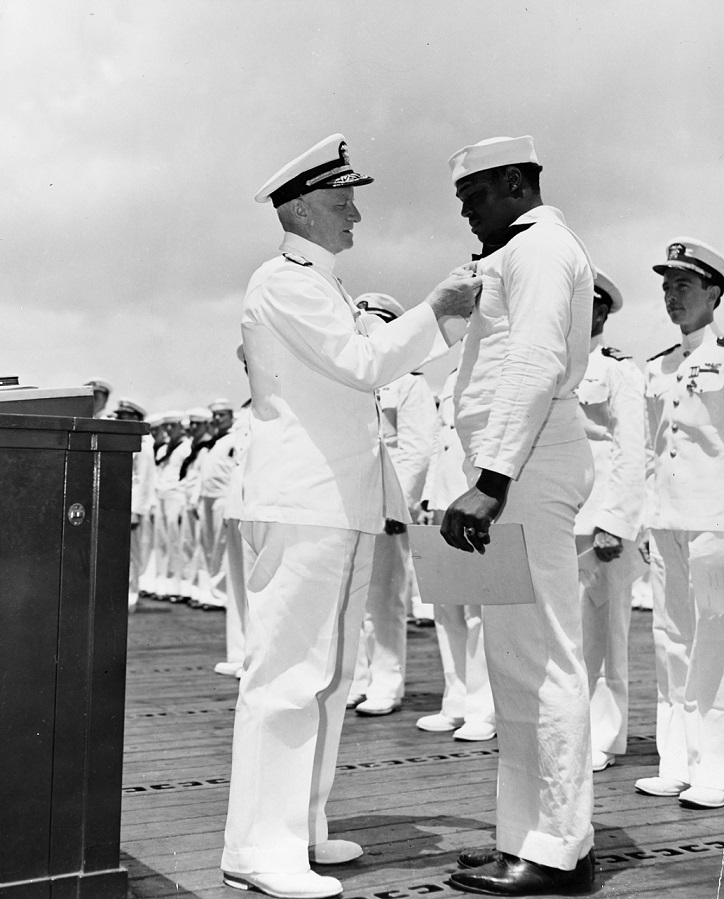 Doris “Dorie” Miller saved the lives of his shipmates and then valiantly fought attacking Japanese forces during the Dec. 7, 1941, attack on Pearl Harbor, bravery for which he was awarded the Navy Cross—the first African American to receive this honor. Almost two years after his valor at Pearl Harbor, Miller gave his life for his country when his ship was sunk during battle.

Join the Navy in celebrating the future USS Doris Miller and the life of this Navy hero. Below you will find:

“Naming CVN 81 for Dorie Miller casts long overdue recognition to a true American hero and icon. It also honors the contributions of African Americans and enlisted Sailors for the first time in the history of American aircraft carriers. The Sailors who will put the USS Doris Miller to sea will be the fortunate ones, as heirs to the mightiest of Navy legends who epitomized the kind of fighting Sailor we need today.” –Master Chief Petty Officer of the Navy Russell Smith

The Life of Doris “Dorie” Miller

Doris Miller, known as “Dorie” to shipmates and friends, was a U.S. Navy Sailor recognized for his bravery during the Japanese attack on Pearl Harbor. He was the first African American recipient of the Navy Cross.

Miller grew up on his family’s farm in Waco, Texas, and played football in high school before enlisting as a ship’s mess attendant in the U.S. Navy in 1939. In 1940, Miller was transferred to Pearl Harbor, Hawaii, and reported for duty onboard USS West Virginia (BB 48), where he became the ship’s heavyweight boxing champion.

Miller was below decks December 7, 1941, when the first Japanese torpedo struck USS West Virginia (BB 48). His battle station in the magazine damaged, Miller was ordered to the bridge, where he helped carry the ship’s mortally wounded captain to safety. Miller then loaded and fired an anti-aircraft machine gun—a weapon that, as an African American in a segregated military, he had not been trained to operate. Miller stayed behind once the order to abandon ship was passed to help evacuate shipmates and save the lives of Sailors in the burning water.

For
his extraordinary courage, Miller was the first African American to be awarded
the Navy Cross. Newspapers around the country cited his example as an argument
for civil rights and equality.

“This marks the first time in this conflict that such high tribute has been made in the Pacific Fleet to a member of his race, and I’m sure that the future will see others similarly honored for brave acts.” — Admiral Chester Nimitz

Learn more about Doris Miller from historian Dr. Virginia Akers of Naval History and Heritage Command, in the following interviews.

Symbol of Hope, Legacy for All: