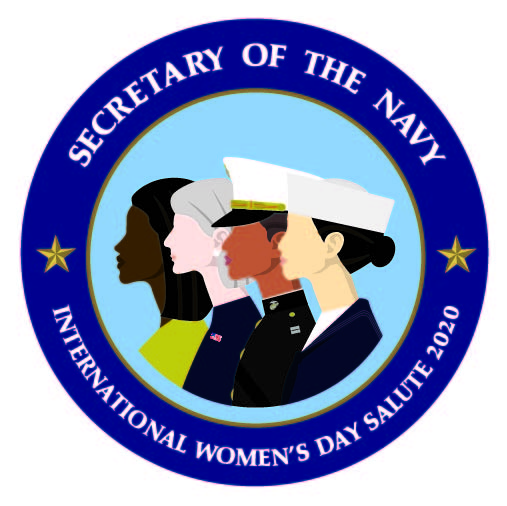 Welcome to the official blog of the International Women’s Day Forum, hosted by Secretary of the Navy Thomas B. Modly at the Army-Navy Club in Washington, D.C. The event features a panel of women speakers moderated by Courtney Kube of NBC News, as well as a panel discussion from government and military officials, along with remarks from Sec. Modly.

Follow along via the livestream of the event below.

Watch below as Women’s History Month Honors The Sailor’s Creed .

Read about women trailblazers in the Navy in these features from Naval History and Heritage Command (NHHC):

Navy Women of Courage and Intelligence

These and other features on notable Navy women can be found on the NHHC homepage for Women’s History Month.

The global observance of International Women’s Day
(March 8) provides an opportunity to reflect on progress made, to advocate for
continued change, and to celebrate acts of courage, determination and
achievement by women who contribute to their communities, countries and
international society.

Official observance of International Women’s Day by the Department of the Navy provides an opportunity during Women’s History Month to acknowledge, celebrate and promote the role of women in defense and national security (to include our Navy-Marine Corps-Civilian team), as well as the U.S. strategy to grow women’s participation in national security.

The Women, Peace, and Security Act of 2017, signed into law by President Trump on October 6, 2017, recognizes the critical link between women’s participation and peace, and mandated the creation of a government-wide strategy to increase the participation of women in security processes. Reflecting a growing global movement to advance women’s inclusion in the security sector, observance of International Women’s Day provides an invaluable platform to demonstrate the achievements and importance of women’s contributions in this regard, and give voice and inspiration to generations of men and women on the value of inclusivity and diversity of thought and participation.